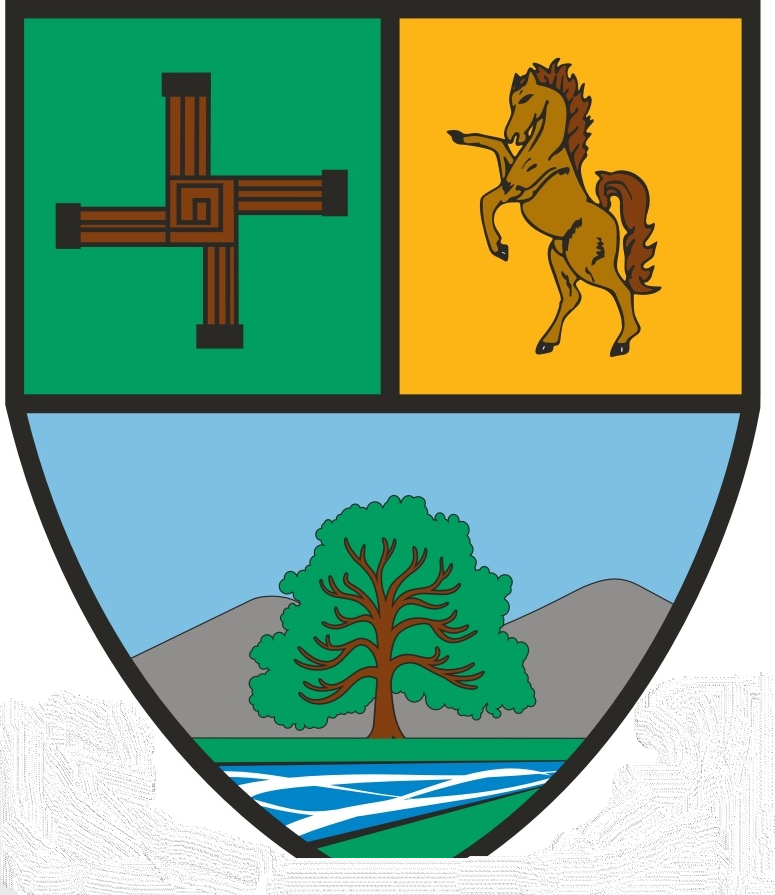 TEG Cusack Park was the venue for our championship Quarter final encounter with Garrycastle on Saturday afternoon and in what turned out to be a tightly contested game, we unfortunately lost out by three points after a brave performance. It was a game where we were at sixes and sevens in the first 20 minutes and gradually came into contention before looking the more likely winners but eventually being edged out at the finish. The margins were very tight indeed. Played in ideal conditions, it was our opponents who started better with the opening point inside the first minute. Garrycastle added to their tally in the 4th, 6th,10th and 12th minutes going 0-5 to 0-0 ahead as matters looked ominous for us as we just couldn’t get a foothold. The Athlone side, full of experience were controlling possession and we needed a break. Jordan Mc Donnell opened our account in the 13th minute as we started to move better. However, in the five-minute period from the 16th to the 21st minutes Garrycastle added on three more points to move 0-8 to 0-1 in front. St Josephs were getting to the pitch of the game at this stage though and Dylan Mc Donnell was decidedly unlucky not to score a goal in the 24th minute where his low shot scrapped wide by the narrowest margin. A pointed free in the 26th minute by Jordan Mc Donnell was quickly followed by a point from play by Dean Slevin. This was the final score of the half which saw us trail by five at the break by 0-3 to 0-8. There was quite a bit of ground to make up in the second half and we needed a positive start if we were to get back into contention. To the lads credit, they came out in the second half transformed. Dean Slevin fired over two successive points in the opening two minutes to bring us back into the game. A brace from Jordan Mc Donnell in the 7th and 8th minutes cut the margin to one point as we started to dominate possession. When Andy Scally’s levelled matters in the 11th minute, we had all the momentum and looked the more likely winners at that point. Games turn though and while there was plenty of time left for both sides, the game started to turn away from us again. Garrycastle edged ahead with a pointed free in the 16th minute and though we were giving as good as we got at this stage, we were unable to add to the scoreboard. Neither side added to their tally over the next ten minutes until Garrycastle moved two ahead with four minutes of normal time left. Now two behind, we were in the position of chasing the game with time running out. The best opportunity to win the game fell to Ross Elliffe in the final minute when he gathered possession close in a fired as rasper which had the Garrycastle goalkeeper beaten but the shot slipped by the right post going wide. The final score fell to Garrycastle late in added time with a fisted point which sealed the issue and our championship odyssey finishes for this season. We wish Garrycastle well in the semi final, they are well organised and experienced and they will be difficult to beat. But the long running sore of whether the Senior B sides should be in the Junior Championship remains a moot point. In the last two seasons, three sole Junior clubs have now dropped to the lower grade of Junior 2 with Ballinagore suffering that fate on Saturday. The situation needs rectification otherwise the rural clubs who predominately make up the Junior grade will go to the wall. This is not sour grapes at the result we had on Saturday. It is a bigger picture which has constantly been flagged by clubs such as ours for the best part of 20 years. There are solutions but for them to be implemented then all clubs need to pull together. This hasn’t always happened previously. Will it happen now? Your guess is as good as mine? The point is there has to be a basement and digging extra layers to the basement only hampers struggling clubs. If there is a hole in the bucket, then you repair it or replace the bucket. Too many are falling through that hole. Time to act!!

The Under 11 and Under 12 teams have been participating in the Castledaly and Garrycastle tournaments over the past week with plenty of games. The Under 11’s have been in excellent form having wins over Caulry, Castledaly and Maryland/Tang on Saturday while the Under 12’s had a narrow loss to Moate All whites during the week. The tournaments concerned are well organised and a great learning experience for our young players. This week, we have two sides out in championship action with the Under 17’s playing Cill Oige in the Quarter final on Monday 12th September in Rosemount while our Under 13’s will take on Tubberclair in their divisional semi final on Tuesday 13th September. Both games at 6-15pm.

Senior Scór takes place on 8th October. Hopefully, we will have a couple of items in the competition and if anyone has an interest in participating, then please contact club secretary Aidan Walsh as soon as possible.

The past few weeks have seen a plethora of activity in the community centre with over 120 people practicing for the various films that will make up the big event which will happen on Saturday 5th November. The event is being organised to raise the funds needed to pay for the first phase of the development over the next number of weeks, so we do ask people to give as much support as possible. Fund raisers that we are aware of are as follows;

Other events for which dates have to be confirmed are Poker Classic (Waking Ned group); Darts & Pool Tournament (Mean Girls group); Raffle and Go fund me (Man about dog group)

We welcome home our former player Johnny Cuskelly who arrived home during the week to celebrate his Irish wedding which follows up on his Australian wedding a few months ago. It was great to see him and Mark over in Ireland to meet up with their large circle of friends and we hope they enjoy their time here before heading back down to Oz in a f