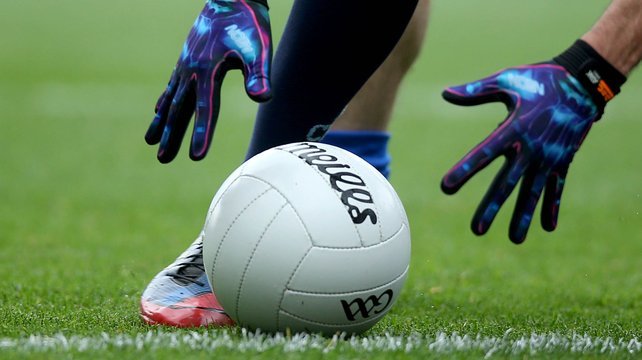 St Josephs and Tubberclair travelled to Milltown on Sunday afternoon for this first round match of the Junior Championship.

Tubberclair had the ball over the bar with just 35 seconds gone to give them the perfect start. Andy Scally was first on the St Joseph’s score board as he kicked over a nice score with just over one minute gone in the game. The first couple of minutes of the game it looked like it was going to be a ding dong battle but unfortunately that proved not to be the case.

Tubberclair had a dozen scoring chances in the succeeding 10minutes and converted 8 of these scores which included a very well worked goal leaving the scoreline tubberclair 1-08 St Joseph’s 0-01. It was looking ominous indeed for the streamstown side but with 22 minutes gone Andy Scally found the back of the tubberclair net which provided a much needed boost, but this was short lived as tubberclair put the ball past James Kenny just 2 minutes later. In the last few minutes of the first half we shared scores with Dean Slevin getting the final score of the half, leaving the teams going into the break with a score of 2-10 to 1-02 in favour of the Tubberclair side.

The second half started with a fisted point from Ros Elliffe which easily could have gone under the crossbar as it did over. Things got worse for the streamstown side when Wayne McCormack conceded a penalty just 4 minutes gone in the half and it was placed with power and accuracy into the net giving Tubberclair a 13 point lead. The next 10 minutes of so found both sides kicking wide’s and dropping balls short but just as the half was approaching the mandatory water break tubberclair scored yet another easy goal.

The final quarter saw tubberclair pulling further ahead with them clocking up another 2 goals and 2 points. St Josephs finished with a few well taken points from Dean Slevin and Jordan McDonnell. When the final whistle blew the scoreboard read Tubberclair 6-13(31) St Joseph’s 1-7(10).

A disappointing start to the championship would be an understatement but apart from the scoreline we had 2 championship debutants in Pearse Weir Norris and Kieran Boyle who all had a solid game at full back and corner back respectively. There were some good passages of play from St Josephs where Andy Conway, Aaron McDonnell, Wayne McCormack, Jordan McDonnell and Andy Scally showed what they are capable of, but the lads will have to dust off the bodies and get ready for the next round against St Lomans in a couple of weeks’ time.

Membership Due for 2021 season

As you are aware the new covid restrictions will permit a...

Hi everyone just reminder our Lotto is on tonight at 8pm,...

Hi All our lotto draw is on this Sun night at 8pm with Ja...

Hi all we have decided to postpone tonight's Lotto as a m...

Morn everyone our Lotto Draw is on tonight at 8pm with Ja...