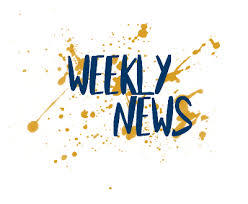 Our next Lotto draw is on Sunday 21st February in the Community Centre. Jackpot is now €5600 so it is getting big and would make a nice prize for someone. Please note that most of our sales are now online through Club Zap with tickets available from Streamstown Post Office and Committee members. Please continue your support for the draw which has been marvellous over the past year and we certainly appreciate the support as it is our only source of income.

2002 is the year we look at this year ad it is one where we finally broke a long standing duck by winning a trophy at Adult Level with the annexation of the Junior Cup which was well celebrated as we had lost out in the Championship final some weeks before. The cup final was held in late November 2002 and pitted us against St Lomans. The final was at our pitch in Streamstown in wet and windy conditions proved a thriller with honours even at 2-9 apiece after a pulsating game. The replay in Lakepoint park a week later was equally exciting as we got two first half goals through Andrew Mc Cormack & Damien Lynam to lead by 2-3 to 0-6 at half time. Two frees from Declan Nannery put us 2-5 to 0-7 ahead as the game headed into its final stages in a tense second half and despite two late points from Lomans we held out for a 2-5 to 0-9 win. The team was captained by Darren Mc Cormack. Looking back to the championship, we were defeated in the final by Caulry but it was a very successful campaign to look back on. In the group stages we had big wins over St Fintans/Multyfarnham (3-18 to 0-3),Delvin(1-13 to 0-2),Loughnavalley(5-15 to 1-6),Ballycomoyle (3-09 to 0-4),Milltown(0-15 to 1-6) and St Lomans(2-16 to 1-5). We lost narrowly to St Pauls(1-9 to 0-13) and lost to Caulry in a dead rubber where both sides had qualified for the semi finals by 1-6 to 1-11. The semi final on 21st September saw St Josephs face Milltown and in one of our best performances in Cusack Park we won by 1-12 to 0-8 having led by 1-10 to 0-6 at half time. The Junior final was on 6th October where Caulry were stronger on the day. They led by 0-5 to 0-1 before we hit back with a goal to trail by just 1-3 to 0-8 at half time. The second half saw Caulry hit 1-2 early on and it was uphill after that as we finished behind by 1-17 to 1-07 at the end. There was another significant breakthrough early in 2003 as on Saturday 26th January we captured the Minor A football title in our combined team with Kilbeggan Shamrocks. This was the first full season of what was a successful amalgamation at the time and the 4-09 to 4-06 win over Killucan was just reward for a very talented bunch of footballers. For the record the team which captured the Junior Cup final was as follows; Andrew Meares,Neil Keegan,Darren Mc Cormack(Capt),Pat Mc Cormack,Brendan Nannery,Fergus Mc Cormack,James Mc Cormack,Sean Lynam,Darren Pettit,Daire Lynam,Declan Nannery,Brendan Slevin,Jason Rabbitte,Andrew Mc Cormack,Damien Lynam. Subs introduced on the day were Alan Mc Donnell and Pat Conway. The rest of panel on duty that day was Noel Watts,Richie Meares,Alan Mc Cormack,Aidan Lennon,Joe Boyle,Gary Connor,Mick Kelly,Mark Mc Cormack. Management team was Matt Geraghty(Manager),Eugene Nannery & Pat Mc Cormack (Selectors)

It is like a long running sore at this stage but unfortunately the Covid restrictions will last until at least Easter as all GAA activity remains in suspended animation. This means that there will be no activity of any sort on the playing fields until early April(hopefully!). As soon as we know when activity will be allowed then rest assured, St Josephs will resume at the earliest possible opportunity.

Inclusion of items for notes:

Anyone who has items for the notes, please email secretary.stjosephs.westmeath@gaa.ie by 6pm every Saturday.

Hi all just a reminder our lotto draw is on tonight at 8p...

Hello everyone hope all is well. Our lotto draw is on thi...

Hi all hope everyone is doing ok in these v tough times. ...

Hi Everyone our fortnightly lotto draw is on tonight at 8...

Hi All Happy new year to everyone and hope ye are all kee...