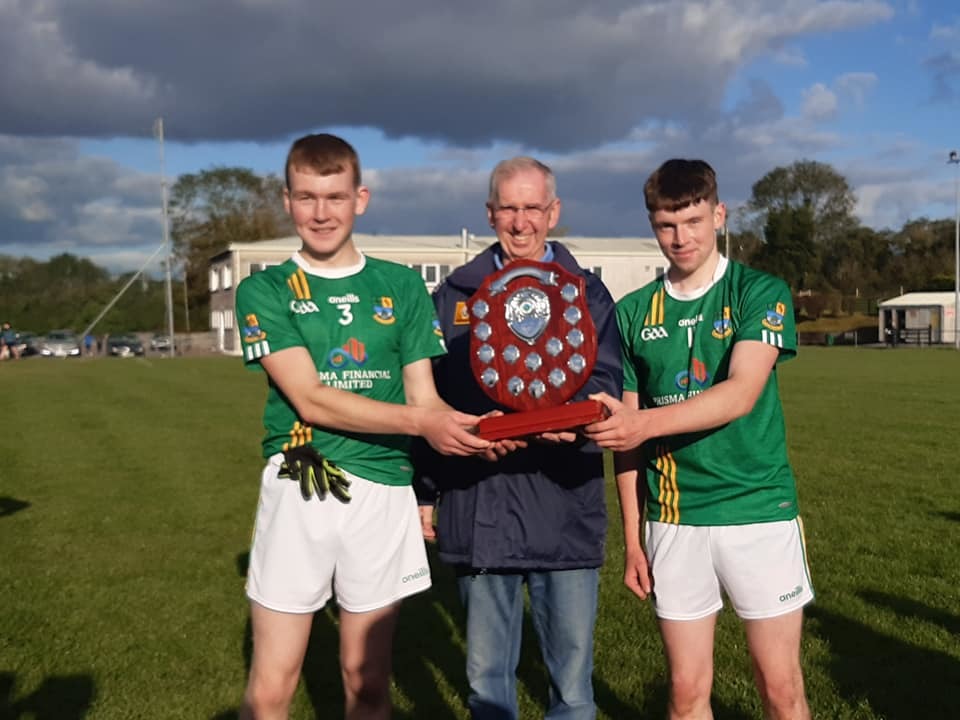 Fast,Fluid and focussed football with a large amount of ability and a huge determination to win led to our terrific win over the Ballynacargy/Bunbrosna combination Inny Shamrocks at the well appointed Milltown pitch today. To win any final, you need skill and today our team showed plenty of that to totally outplay our opponents who were well beaten on the day. It was a hugely impressive display in which we won by a far larger margin that anyone would have expected. Inny Shamrocks started well with a point early on but it was a false dawn as St Josephs took over for most of the game. Alan Conlon’s two goals teed up matters well and we led by 2-5 to 1-3 at half time. A well worked goal four minutes into the second half finished off by Ben Mc Donnell put us in a hugely significant 3-7 to 1-3 lead. There was really no way back. At the second waterbreak we led by 3-08 to 1-04. Then followed a converted penalty from Mikey Lynam and a great finish from Daniel Keegan finished the goal scoring but it was a very competent display from everyone on the day. At the end we finished ahead by a margin of 16 points. One would have been sufficient but needless to say it was hugely satisfying! Every win is built on performances and everyone played their part. Stephen Fennessy was very solid throughout in goals while the defence were on top at all times. The full back line of Mark Lynam,Adam Kelly and Ciaran Keegan were like granite. Nothing was getting through. Half Backs Jake Gannon,Frankie Day and Ryan Fogarty combined their defensive duties well with many foraging runs in aid of the attack and like their counterparts in the full back line were on top of their game. The midfield partnership of Noah Mc Donnell and Daniel Keegan were in full flow and were well assisted by full forward Peter Reid who probably had his finest game for the club today. The forwards were a joy to watch. Alan Conlon got two great goals and played with huge pace and certainly Joseph Cusack gave numerous markers nightmares as was slippery as an eel throughout. Mikey Lynam played a tremendous game slotting over a couple of 45’s along with a goal. A real captains game. Ben Mc Donnell and Jamie Mc Donnell have great engines and they really purred sweetly through this game. Not forgetting the substitutes, Josh Gannon,Owen Tandy,Dylan Drake,Eanna Rabbitte,Thomas Conlon and Sean Elliffe. Those who came in all did well and they all can look forward to the Under 15 final coming up. Special word to Thomas Conlon. Thomas injured his hand last week and had to sit out today so we wish him a swift recovery. The first verse of Van Morrisons famous song tie it up well

Hopefully, there will be plenty of more days like this!

Hi all hope everyone is doing ok in these v tough times. ...

Hi Everyone our fortnightly lotto draw is on tonight at 8...

Hi All Happy new year to everyone and hope ye are all kee...

We have yearly Lotto tickets for sale as always for as li...